Losing A Mom But Not A Mom 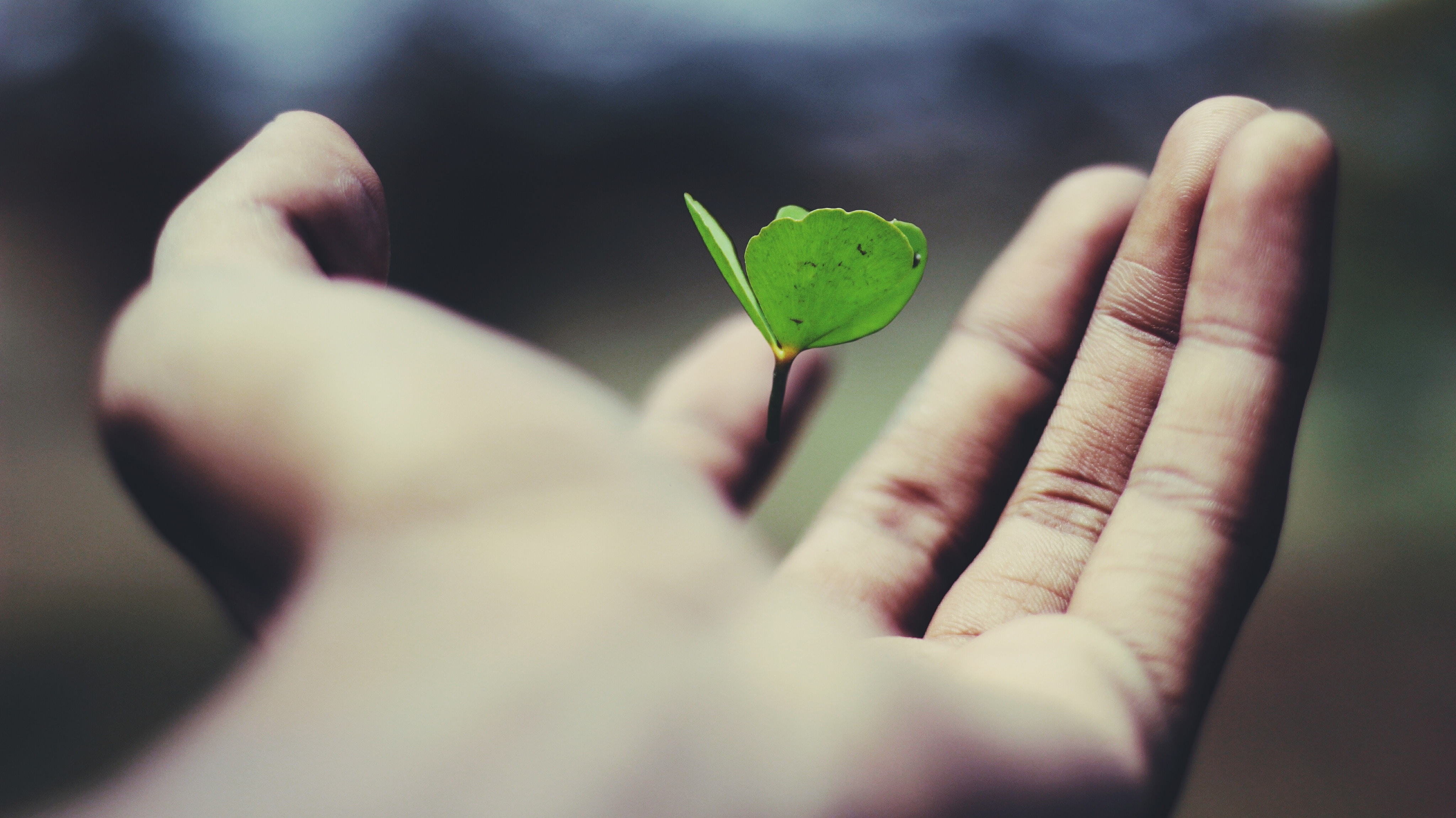 Raina asks me why I can’t just relax.

I tell her that I’m afraid that if I stop moving, I won’t be able to start moving again.

We don’t know what’s happened. All we know is that they found her in the bathroom and they couldn’t revive her, according to her friend who worked on her until the paramedics arrived.

I remember that for the first time, in a long time, Raina and I are a team. There’s a sad, settling feeling that we’re all we’ve got. Jaden. Dad. Now Mom. The five we started with has been whittled down to two.

We both have her cackle and as I have gotten older, I notice I have the same face shape. My hands and big feet mirror hers, almost exactly. I’m destined for bunions.

Raina looks and moves like her. When people who know my mom see Raina, they see her. She was beautiful and she was smart. We were told that she was the brains when she and Dad owned businesses together during their short and tumultuous marriage.

She could cook the most decadent homestyle meals from scratch, design a whole house layout, do some decent woodwork and was a skilled seamstress. She was highly sensitive and loved animals more than she loved people.

She was also an alcoholic.

We’re planning a funeral for a woman who hasn’t really been around for much of our lives. We’ve been raised by our dad and were told that she never should have been a mother. She’s told me that too.

We go the funeral home chosen by her partner, and it’s a sad, worn place which my mom’s partner chose it for the price – it shows.

The funeral director reminds me of a character from a horror film, he’s wearing a beige shirt which is almost bursting at the seams, his dark hair is slick with gel and he’s all business, which frankly, is a bit of a relief. His name, like our dad’s, is Don. Don runs us through the forms.

We try to involve my mom’s partner in the process of planning because he knows her better than we do, but he can’t handle much of anything right now. We’re just lucky he’s showed up sober (sort of). I don’t really remember a lot about what he tells us, but he tells us not to print an obituary in the paper, and he tells us that mom really liked blue and yellow so that is what color the flowers should be. He tells us that his work will donate some food to the service. He picks an urn that looks like the ocean and asks to keep some of her ashes.

The Day Of The Funeral

It’s a page out of a bad comedy and Don, our cheap funeral director is the star.

When we arrive at the cemetery, we’re expecting a black hearse or even just a black vehicle. We get a red minivan. He tours us around the cemetery and at some point Raina and I wonder if he actually knows where he’s leading us. When we make a second loop, we realize he’s lost.

When we get to the plot, there’s a piece of plywood that marks where Mom is going to be laid to rest. I don’t remember what he says, but he puts her into the hole and stands back to let my sister, my mom’s close friends and I say a few things. It’s short and it’s awkward, standing there in my mom’s cowboy boots. When we’re done, my mom’s partner hands us the invoice for the funeral. Don had given it to him immediately after the internment, it couldn’t wait. Don is all about the business.

Right after I lost my mom, someone said to me, “You lost a mom, but not a mom.”

What I’ve learned is it doesn’t matter – the grief is still there. You grieve what little you had and you grieve for what you never had.

She tried in her own way. I remember that she made our Halloween costumes, she sewed my First Eucharist Dress and I remember times when she would come to our sports games and watch from a distance. 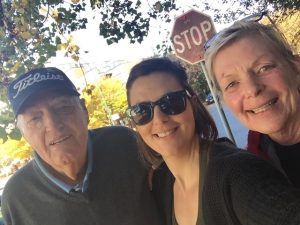 I also remember, being embarrassed to bring her to Mother-Daughter Tea for Brownies because I’d have to explain who this lady who was never around was, and worse yet, she’d be wearing a big fur coat and the possibility of her having had a drink or two beforehand was real.

When I got older, she convinced me it was time to shave my legs and eventually she would teach me some baking and cooking skills. Thankfully, she’s the reason that both Raina and I have any sense of adventure around food. Much of my time with her was spent discussing food, reading cookbooks and eating food. She introduced me to artichokes, and avocados and organ meats (gross).

The first time I had sushi was in a restaurant with her and one time, we went to an Indian restaurant where the menus were not offered in English and we were the minority, I loved it.

One of the last times she came to my house in Vancouver, we got take out sushi and ate it on the beach, near a spot where she worked in her 20s. When I woke up in the morning, I found her sitting in the kitchen, hunched over the table, reading a cookbook – a pastime of mine as well.

The last meal mom made for Grandpa and I was a lamb curry. Canned coconut milk wasn’t enough for her – she wanted the real deal. She bought a coconut and fought to open it with a screwdriver and hammer in Grandpa’s garage. She cackled the whole time. I cackled too.

The last text message she sent me was, “How is Grandpa?”

I never responded because I was mad. I was mad that she and her siblings left their responsibility to me and dispersed back to their respective homes. I was mad at her for expecting me to be the adult, as per the usual.

Since she’s passed, so many things have come back to me. There was my seventh birthday when her and her friends started drinking and something got out of hand; so they sent me away and told me to distract my sister and brother with my new toys that I had gotten for my birthday.

The first time I left one of our visits, she was in Red Deer, staying at a hotel. I was eleven. She was drunk, again. As we walked into the restaurant, I told her I was calling Dad to come and get me. She leaned against a wal, and sunk down into a furry heap in her big fur coat and cried. It was years before we ever had an overnight visit again.

When I was twenty one, Grandpa paid for her to go into Treatment. She was clean for three years. I was so proud. I started to visit her again after years of silence. She was the healthiest I’d ever seen her.

What I remember the most about that first post-treatment visit was that she told me, “Those people I meet at AA, all they want to do is talk about AA. I want to talk about a movie or a book or something else.” That should have been a sign that perhaps it wouldn’t last.

Between the internment and the funeral service we stop at a brewery. Both Raina and I are so distracted we leave and get into the car only to realize that we didn’t pay the bill. I go back in, and pay the bill. Then, I walk the river valley again. It’s becoming very familiar.

After the walk, we get ready and go back to the worn looking funeral home. The car is filled with blue and yellow flower arrangements that Raina has put together. They look so nice we joke that she should take up flower arranging as a new career or hobby. She’s always been the more creative one out of the two of us.

At the funeral service there are probably about 25 people who come, it’s more than I expected. Mom had friends. We’re glad she did, even if we didn’t know them. Strangers tell Raina about how much she looks like mom. Raina receives the comments politely, even if it sucks to know how much you look like someone you barely know. We each tell our respective stories.

Aside from the neighbor friend who offered to speak, no one else speaks at the funeral. We didn’t have any volunteers. Someone has told us that ‘The Wing Beneath Her Wings’ is a song she liked and as it plays, I cringe. I hate the song and it’s hard to know that you don’t even know what songs your own mother likes. I can only remember ‘Black Velvet’ by Alannah Myles playing in the background during one of our visits or Stevie Nicks playing in her car, and that was when I was so young that I’m not sure she even likes those now.

When the short service ends, people eat the cold meats and white buns that are there. We hang out awkwardly, meeting a few family members we didn’t even know existed and we wait for people to eventually leave, so we can leave too.

Following the service we go to mom’s house and there are her closest friends – her drinking buddies. Raina and I have a beer each and while these people are hardcore alcoholics, we’re glad that there are people who love mom and who will miss her too. This was her life, whether or not we were a part of it. And maybe she didn’t want us to see this.

She had better plans for herself – Grandpa used to tell me that at one point she wanted to be an architect. Apparently, she used to be the responsible one who took care of her sister and her brother and made sure that there was dinner on the table and the house was clean when Grandpa was working shifts on the railway.

I listen to these stories and wonder what happened to her. I do know that she struggled, all the way along.

Not long after I moved to Vancouver, she called me. She was drunk. She was lonely. I can’t remember the details of the conversation but she said to me, “I don’t know what to do with all of these thoughts.”

“Marty? I can’t talk to him. He wouldn’t understand.”

I told her to go to a counselor, I told her that it was something that a lot of people are doing, including myself.

Her response, “Where would I even start?”

It’s been a year since we’ve lost mom. What I’m realizing is that we’re all just trying to figure it out and get by in life. Sometimes people are barely surviving.

My mom was barely surviving, at least in more recent years. Her existence was full of fighting with a disease that wouldn’t let her go. Perhaps her passing, as tragic as it was, has finally given her a sense of peace after decades of fighting.

While she’s left us behind, there’s a part of me that tells myself that I never had her anyway and if this will give her the peace she needs, then she is finally in the right place.

As for me, I’m starting to rest. I can finally stop moving without the concern that if I stop, I won’t start again. The last year has proven to me that I’ll always find a way to start again. 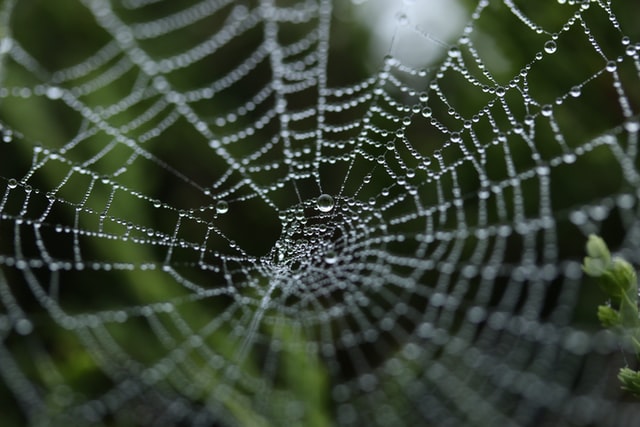 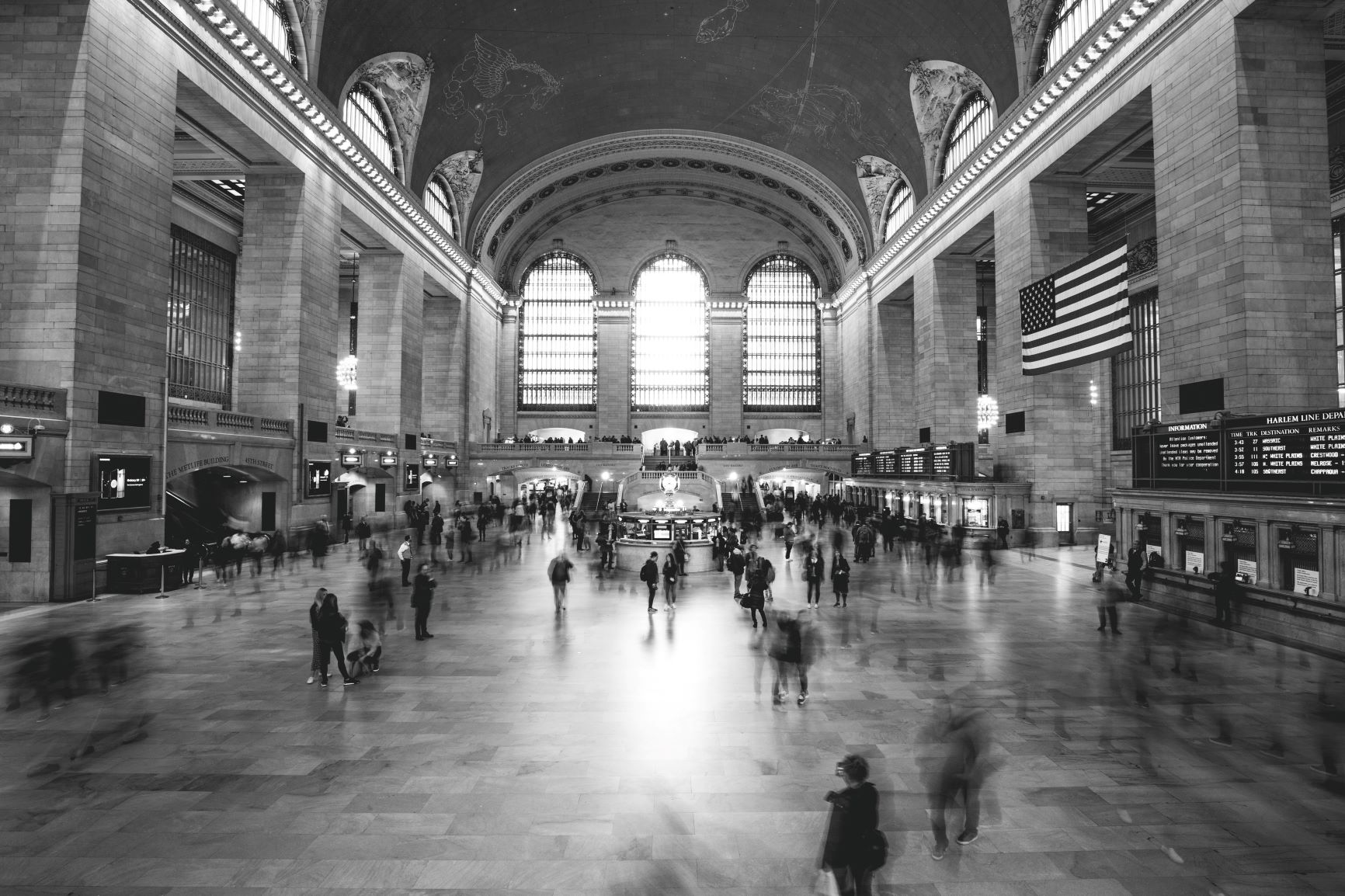 Why Losing A Public Figure Feels So Personal